There was so many great cars there I don’t know where to start! I guess I will have to flip the coin and get started with the 1931 three wheeled Morgan Super Aero. This car really caught my eye because it had three wheels! I also liked it because it was the sixth fastest car there with a crazy time of 52.07 seconds! Don’t even get me started about all the rubber it left on the road! It did a crazy burnout that was 200+ feet long! The 1939 Ford Dryer Special was really cool too. It was also really fast, even faster than the Morgan! That speed earned him a time of 52.02 seconds and a spot in 5th place! It looked like a salmon swimming up a stream because it swayed back and forth as it climbed the treacherous hill.

My good friend Jon Lee was the announcer most of the time, but when it was his time to shine in his 1940 Lloyd Rockey Special, shine he did! He placed second with an amazing time of 50.34 seconds! This car was interesting because it had a dark blue body and bright orange wheels and suspension. The Holman brothers seemed to have a rivalry going on with their father’s cars. It was funny watching them trade on and off between the 1929 Safety Stutz, 1928 Stutz Black Hawk, and the 1932 Plymouth Sprinter. You couldn’t keep track of which Holman was driving what car! After the last couple of cars went in the morning run, we all walked (or drove) to George W. Holman’s house for a cookout! They had hamburgers, hot dogs and pretty much anything else you would want on a hot summer day!


After lunch we headed back to the hill, but this time my father and I caught a ride in a two seated Gator that we stuffed 5 people in! The women sat in the regular seats in the front of the gator and the men sat in the bed of it. I met with Evan Ide; he drove a red Frazer Nash. Keith Korbit was like our own personal taxi driver for the day in a six wheeled gator! After the races, I met up with my good friend Manny Souza and his friend Arthur. Manny brought his 1908 American Locomotive Motor Car. This car was manufactured in Providence, RI and has a four speed transmission, a 60 horse power engine, and it is chain driven! It is even a convertible! However, the most interesting fact about this car is that it is the only one in the world that has a his and her bulb horn! To put the icing on the cake, I even got to go for a ride in this unique car with Arthur and Bobby Guertin! What a day that was! 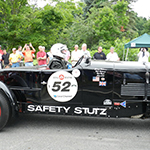 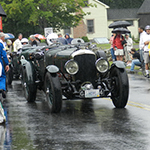 Bob Reed In The Rain 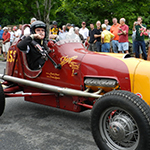 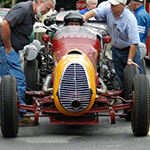 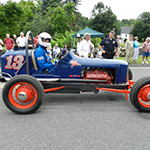 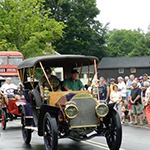 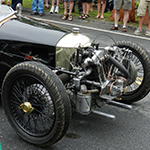 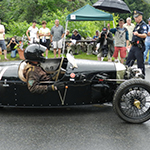 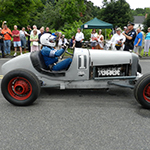 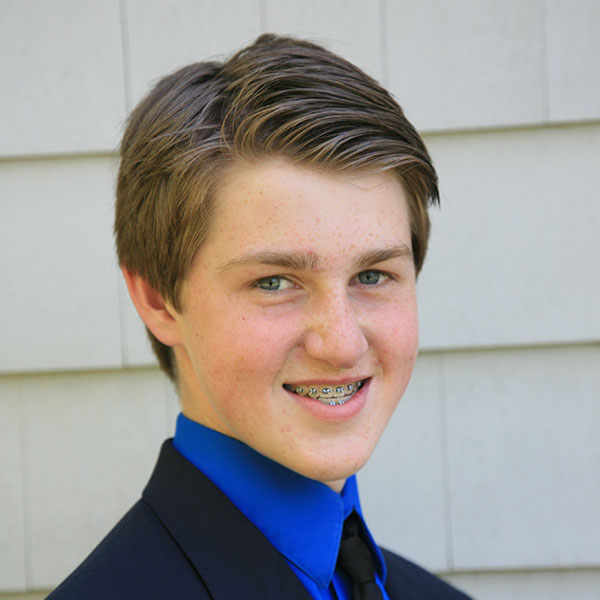